The peso was established as the monetary unit of Chile in 1925, with a content of 0.183057 grams of fine gold and divided into one hundred cents. Ten pesos made a condor. Inflation made fractional coins gradually dropped into disuse and in 1955 a legal provision stipulated that payments would be only paid in whole numbers.

Following the enactment of a new law in 1959, in the 1st January 1960 the peso was replaced by the escudo and the organic law of 30th March 1960 provided in Article 51 that the banknotes should express their value in escudos, hundredths and half hundredth, as appropriate, and bear the national emblem.

In 1973 a new statutory provision, Legislative Decree 231 of 31st December 1973, removed the fractions of the escudo in accounting and in the documents issued in local currency and in 1975 the peso would be re-established as a monetary unit. According to a decree issued in 1975, from 29th September of that year the currency of Chile was renamed peso again, and on that occasion the change amounted to a thousand escudos. 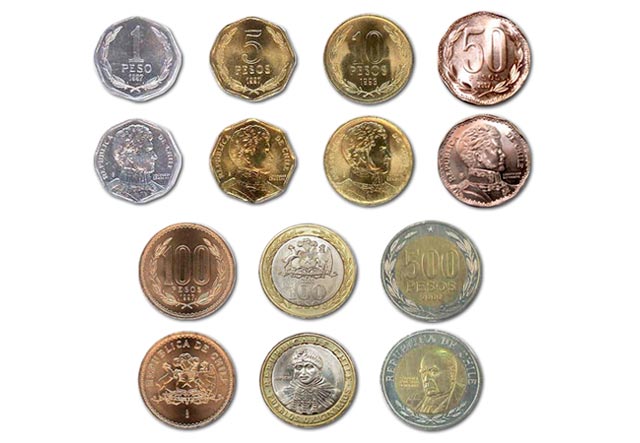