New Zealand dollar is the official currency of New Zealand since 1967. This unit of currency is also used in the Cook Islands, Niue, Tokelau and the Pitcairn Islands.

The decimal currency act was passed in 1964, setting out the transition date for the 10th July 1967. Also, other names for the currency were suggested, such as kiwi or zeal, in order to avoid confusion with dollar, commonly associated to US dollar. In the end, the word dollar was chosen to call the national currency.

On the 10th July 1967 New Zealand dollar was introduced to replace the New Zealand pound, one pound equaling to two dollars. Around 27 million in banknotes were printed and 165 million in coins. 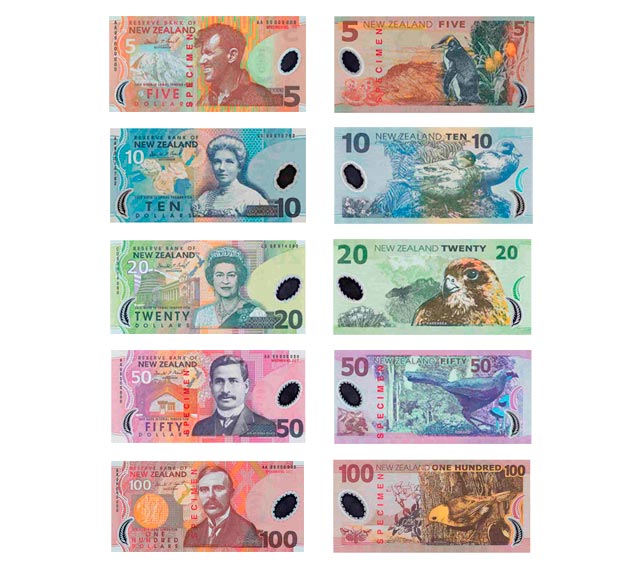